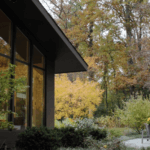 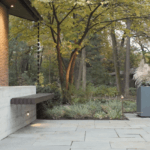 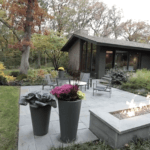 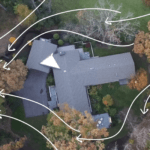 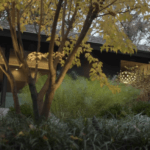 Lighting
Back to Section

One couple left big-city views for a more natural landscape – but their Wheaton property’s true personality was buried under decades of neglect.

A new landscape design that would draw inspiration from the property itself, blurring the lines between “indoors” and “outdoors,” integrating with the natural world instead of isolating from it.

Today, home is much more than just a house: It’s somewhere to enjoy the outdoors day and night, summer and winter. Even from inside the living room.

When Gary and Sharon left their downtown condo for the western suburbs, they sought more than space or easy access to the golf course. They weren’t just leaving the city. They had a new destination.

They were moving closer to the land.

“We wanted something completely different,” Gary recalls. “We wanted a great environment to live in.”

The couple avoided traditional subdivisions and found something with a more secluded feel: A beautiful mid-century modern home on a few acres of land, surrounded by woods. From their first visit, they sensed the potential. This property had history and personality. It offered space to wander and enjoy. This place could be their getaway.

But something wasn’t right.

“The property had two previous owners before us,” Sharon says, “and they each lived here for more than 20 years. We felt that energy – like this was someone else’s property. And like it hadn’t had much care for a long time.”

There were specific issues: Patios were concrete, and they weren’t in good shape after so much time. Drain placement wasn’t right; despite its placement at the high point of the land, the home took on a lot of water during storms. At night, poor lighting left most everything pitch black. And visitors had difficulty finding the house from the street, which made for an unwelcoming first impression.

Sharon and Gary wanted walkways. They wanted to wander and feel welcome in the spaces that surrounded home. And they wanted views.

“We both have allergy issues,” Gary says, “so we can’t spend as much time outside as we’d like. We wanted to feel like we were outdoors at this house, even when we weren’t. We wanted views from every room.”

The couple met Bob Hursthouse early in their landscape architecture search, and he was able to put words to what they felt: They had a house. And then they had a property. But what they needed was to blur the lines between the two.

In Bob’s design, the guiding principle was integration of the house into the land itself.

“This is not a McMansion sitting on top of the property – it’s a part of the property,” Bob says. “So we worked to keep that indoor-outdoor connection. We blurred lines between inside and outside, between house and landscape and the natural woods.”

In the reimagined landscape, formal plantings near the house give way to lose, more naturalistic growth near the back of the property. Flower beds curve and arch around the rectangular house like waves around a ship’s prow. And sight lines are designed so that even when you’re inside, you can feel like you’re outside on the patio or in the garden.

It works. “We don’t have much art on the wall,” Sharon says, “because you don’t really need it. We look outside now.”

There are elements and reflections of both Gary and Sharon’s unique personalities in the landscape. It was, they both say, a partnership. It was a chance to create something new together, to collaborate, to listen and to know each other better.

But most of all, Sharon says, it was an exercise in listening to the property itself.

“This was basically here already – but in a different form,” she says. “I feel like we were listening to the house and to the property, and it was saying, ‘it’s not that hard.’”

When she listens now, she hears a different sentiment.

“I think it would say, ‘thank you,’” Sharon says. “Thank you for turning this into something that can transcend on for a long time into the future.” 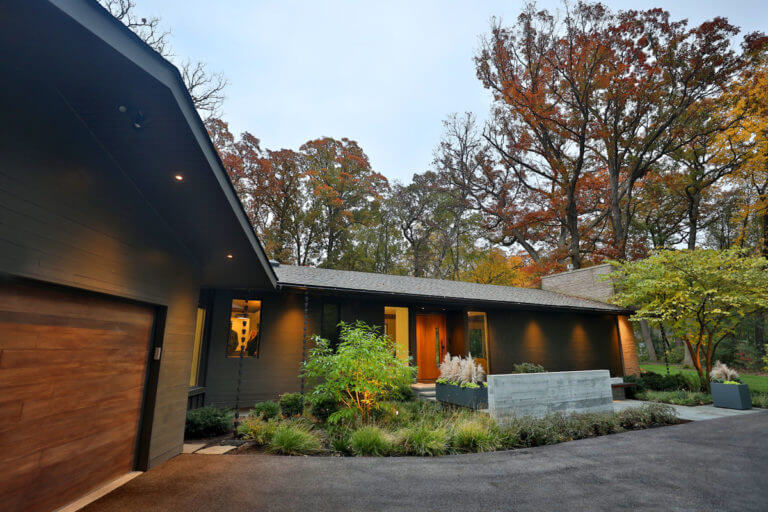 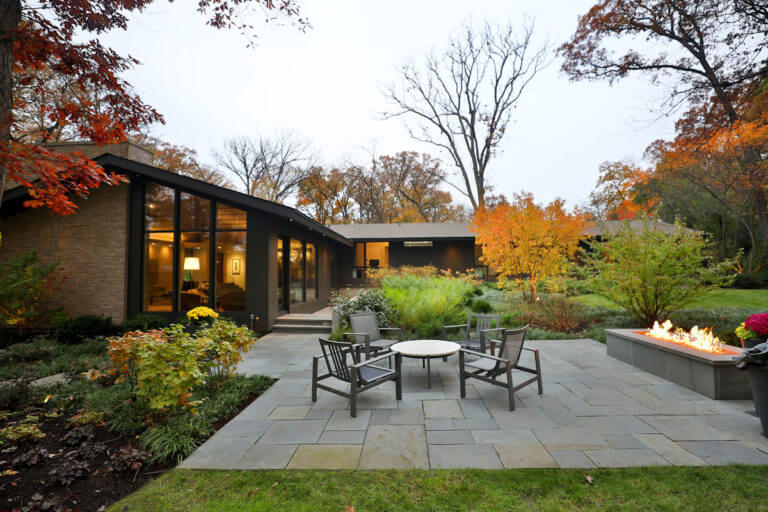 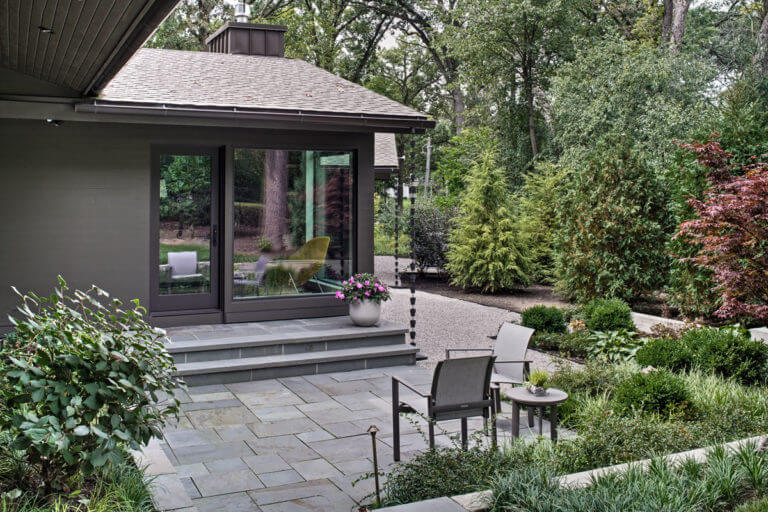 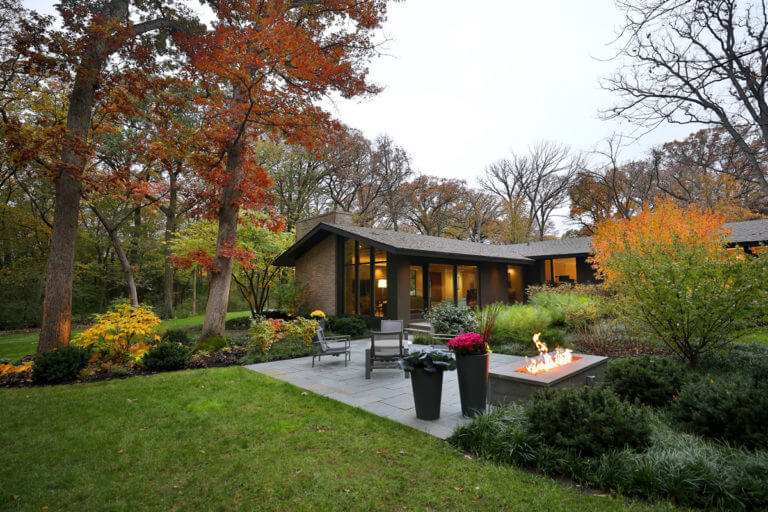 When you’ve got a 15-foot drop from deck to yard, how do you tie it all together? The answer involved multiple landings, a massive sycamore, a fire pit – and a hidden hot tub. 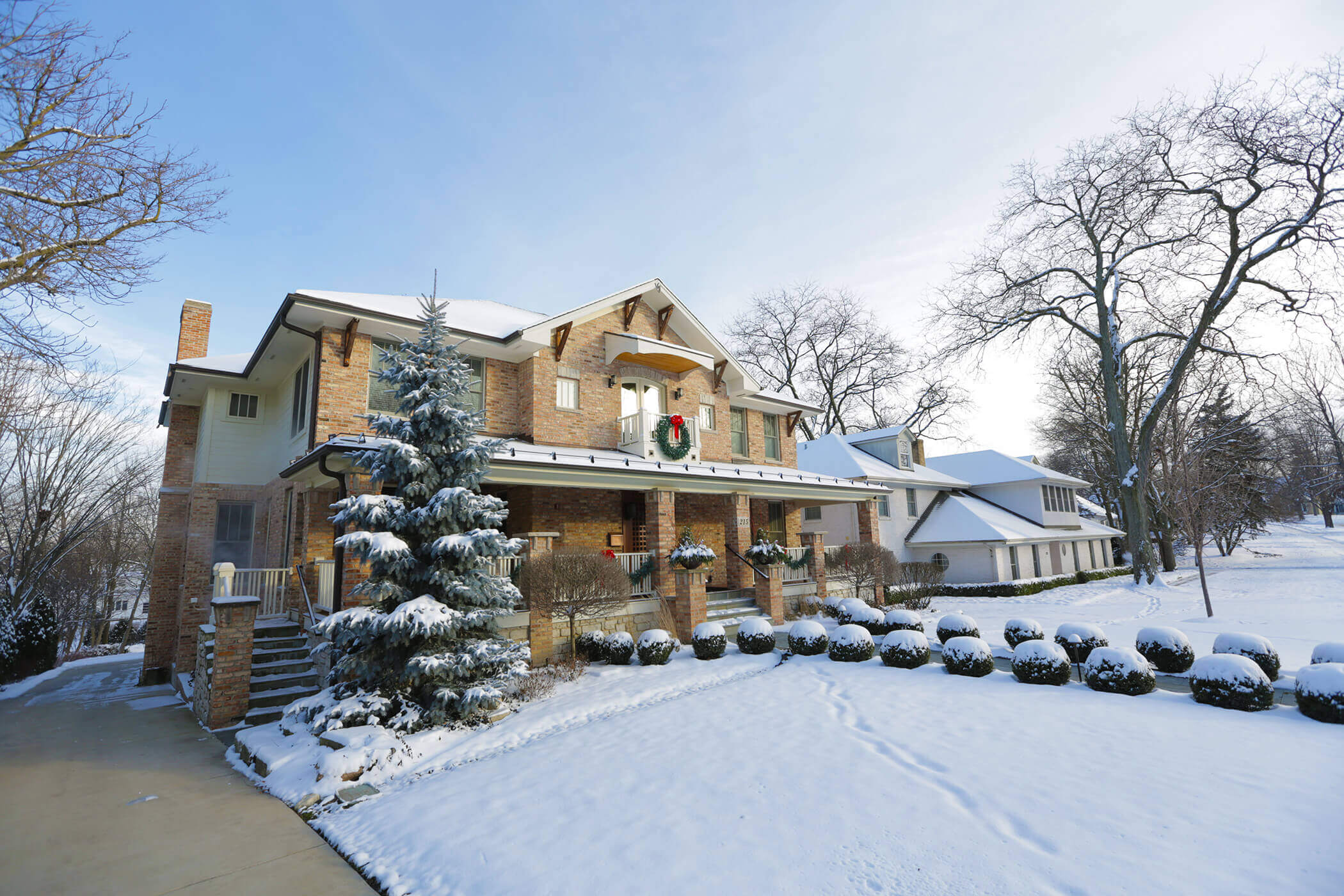 The Tree House
What if you love entertaining and can’t wait to get into the garden – but your new home has more going for it indoors than outdoors? The answer was a landscape redesign with 5 distinct spaces for outdoor living. 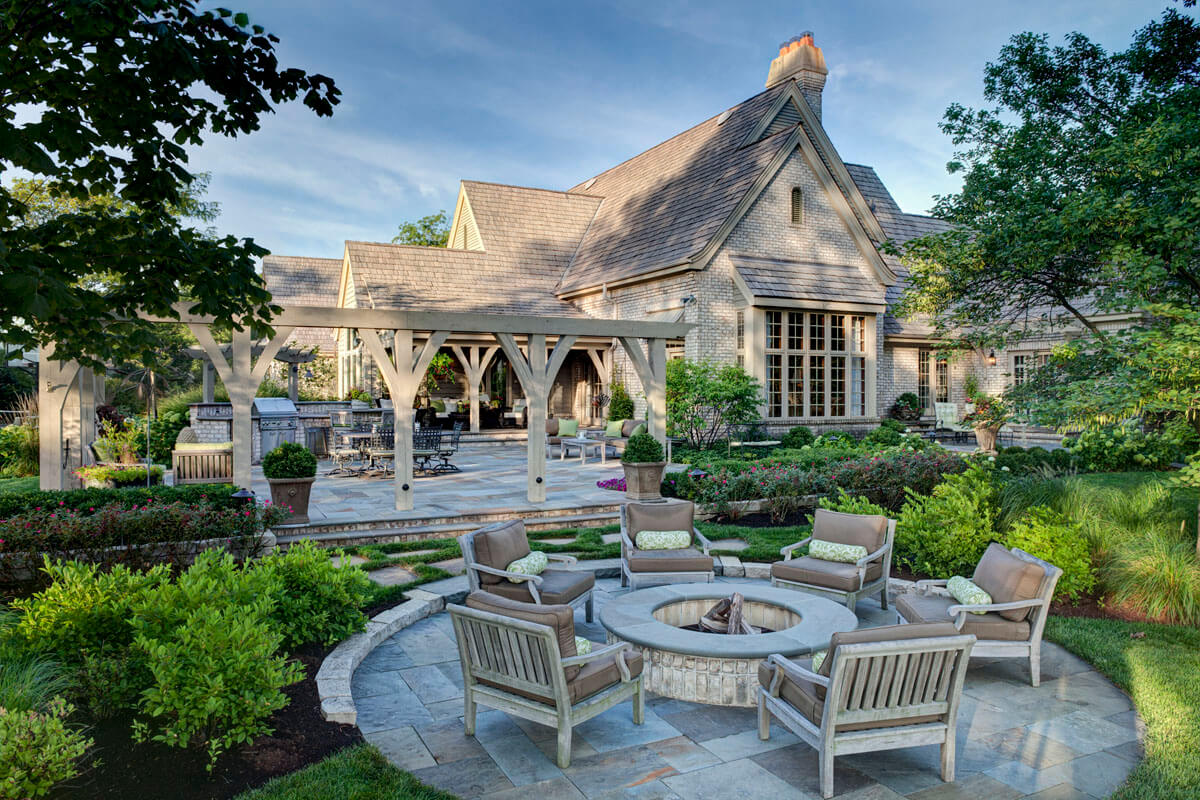 A Fabulous Place to Call Home
Don and Jane’s new home offered the best of both worlds – spacious yard and floor plan, but just steps away from restaurants and community events. 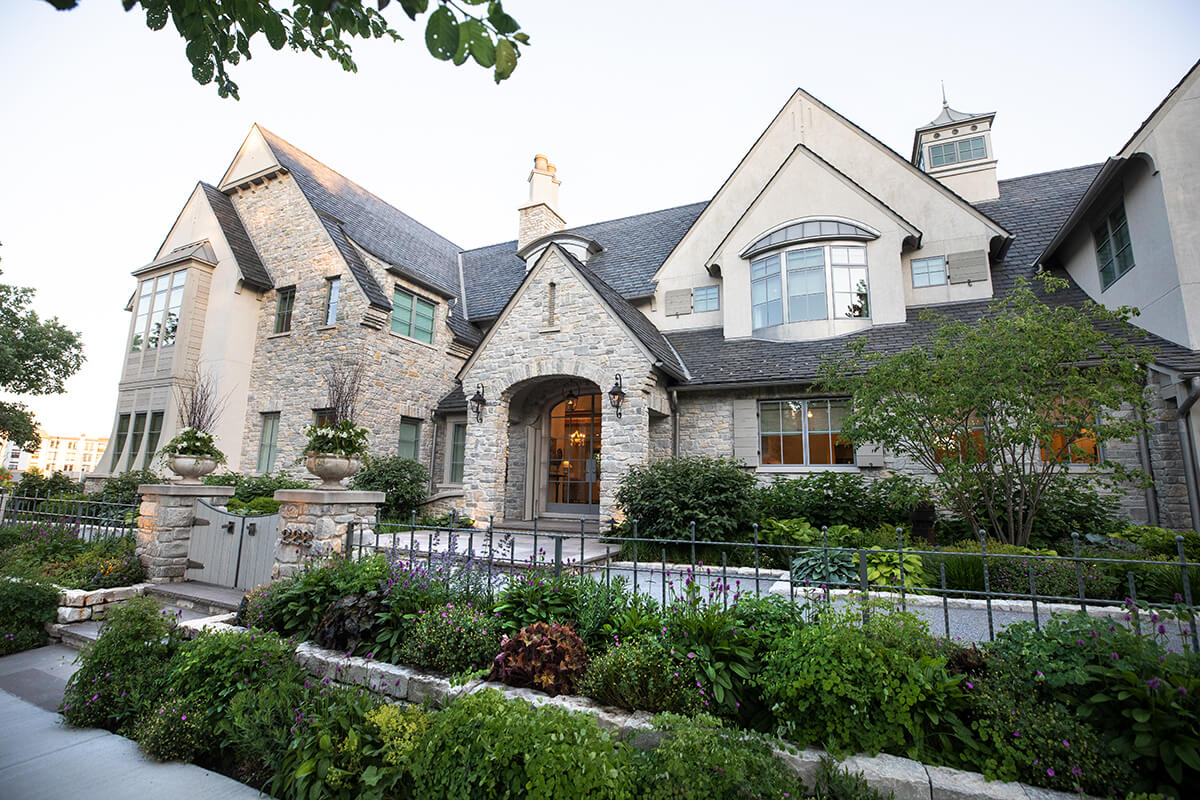 We’d love to work with you on your dream landscape!

Contact us to schedule a meeting to discuss your project details