If there was a beauty contest for flowering shrubs, surely the hydrangea would come in first place.

In recent years, many new hydrangeas have appeared in garden centers. Breeders have been busy developing and introducing new varieties, especially those of the “panicle” hydrangeas (Hydrangea paniculata). They are named for their upright cone-shaped flowers.

Panicle hydrangeas make a fantastic addition to a foundation planting, in a hedge, as a screen, as specimen plants in very large containers, or in a mixed border with other shrubs and perennials. All of the panicle hydrangeas hail from China, Japan and Korea and have been popular in American gardens for more than a century. The flowers of newer varieties, like those found on ‘Vanilla Strawberry’ and ‘Quick Fire,’ slowly change from creamy white to blushing pink in summer. They make great cut flowers and they can be dried for use in winter floral arrangements.

Jeff True at Hursthouse touts hydrangeas as one of his favorite groups of ornamental plants. “It’s a rare project that doesn’t include some sort of hydrangea in it, and in many cases, there are several varieties,” True says. “I love them so much in the midwestern landscape for their versatility, durability and that wonderful punch of color and texture.”

His three personal favorites include oak-leaf hydrangeas (Hydrangea quercifolia) for the peeling cinnamon-colored stems and big flowers. “They have a wonderful coarse, picturesque feel,” he says.  In his own garden, True grows the oak-leaf hydrangea cultivars called, ‘Sikes Dwarf,’ which grows about 2 to 3 feet tall and 3 to 4 feet wide, and ‘Alice,’ which is 5 to 8 feet tall and wide. Oak-leaf hydrangeas are easily grown in rich, well-drained soils with medium moisture and in full sun to part shade.

Oak-leaf hydrangea flowers develop on “old” wood—the stems produced the previous summer. To protect the flower buds for next year’s display, pruning should be done immediately after the plant flowers this season. Winter-damaged stems may be pruned in early spring.

“I also love the panicled hydrageas, like ‘Pinky Winky.’ The old standby, ‘Tardiva’ is great, but I’ve been using ‘Quickfire’ and ‘Limelight’ more often now due to their better form and flowers. They are probably the best cold-tolerant varieties in our Chicago climate and will bloom best in full sun.”

Smooth hydrangea (Hydrangea arborescens) produces small, flat heads of flowers. In the wild, it can be found growing in Jasper County and in the sandstone areas near LaSalle. In the garden, smooth hydrangeas spread slowly, sending up new stems each spring until they make a large multi-stemmed clump. The stems can be cut down to the ground each spring, if needed, because the flowers bloom on the new, current year’s growth.

The discovery of the popular Annabelle hydrangea is fascinating. In 1910, Harriet Kirkpatrick, of Anna, Illinois, and her daughter Amy were horseback riding on a wooded trail in southern Illinois when they discovered what was to become ‘Annabelle.’ Unlike the other native smooth hydrangeas, this one sported large, snowball-shaped flower heads. Harriet returned later to dig up the plant for her own garden. As the plant grew larger, she shared it with friends and neighbors.

Because of the large flowers, Annabelle hydrangea stems may flop so staking them will keep the blooms upright, True explained. “The flowers are huge and the dried flower heads persist well into winter,” he says. A newer variety called Incrediball has even larger flowers and sturdy stems that tend to remain upright.

In the Chicago metropolitan area, big-leaf hydrangeas (H. macrophylla) are generally the plants that produce bright pink or blue flowers depending on the soil and fertilizer.  Big-leaf hydrangeas may need a soil amendment or acidifier that helps turn the flowers blue. Otherwise, they will remain pink in alkaline garden soil.

“These are the hydrangeas we often see in magazines, garden centers and floral shops. We dream of having them put on an amazing display in our own gardens,” True says. They are often seen growing in southern gardens and in England where the winter temperatures are milder than in Chicago.

However, big-leaf hydrangeas may not produce flowers next year if the winter is severe in the Chicago area. That’s because flowers begin to form their buds on new wood that grows during the summer. If those buds freeze in winter, next summer’s flowers are doomed.

“There are varieties that bloom on old and new stems, which is what we occasionally choose,” True says. Hydrangea ‘Let’s Dance Starlight’ and ‘Twist and Shout’ are two that he recommends.

Although most hydrangeas are small to large shrubs, one specimen is a climber (Hydrangea anomala subsp. petiolaris). Climbing hydrangea is a vigorous, sprawling, woody vine that clings by twining and with the help of aerial rootlets on the stems. “I love the large diameter vines, the cinnamon bark and the large ivory blooms,” True says. “We use them on wall trellises as well as in some nontraditional ways. I have one in my own garden growing up the trunk of a large shade tree.” A bonus—the flowers are lightly fragrant.

There are hydrangeas for all situations. Some thrive in more sun and some in shade. “They are pretty easy to grow,” True says. “They’ll need water—about an inch a week or so is best—and some seasonal pruning for some of the varieties.” Flowers can be removed when they’ve finished blooming or you can enjoy them as cut flowers in a vase. And, some, like ‘Annabelle’ can be dried and used in winter containers.

“The world of hydrangeas is amazing and I’m sure there are many more varieties that will enter the market,” True says. “We’re keeping an eye out for what’s coming next. We’ll definitely try out new varieties to see if they meet our high standards before we include them in the Hursthouse palette of preferred plants.”

So, enjoy a few new “snowballs” in your garden and cool off a bit this summer. 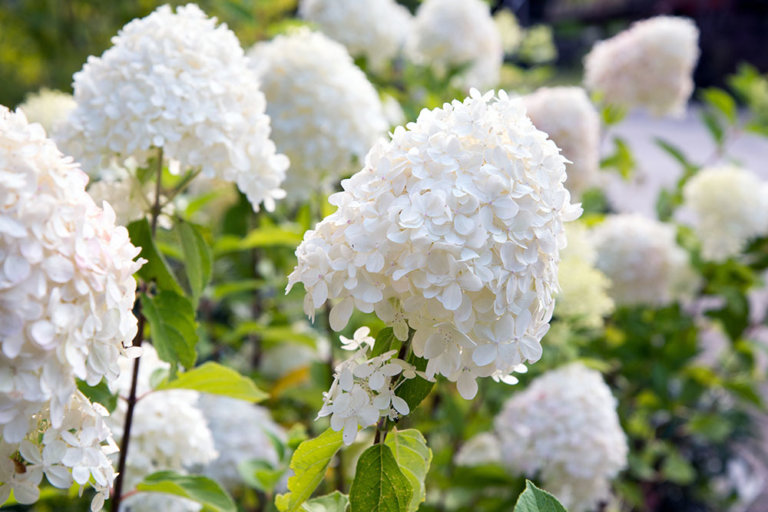 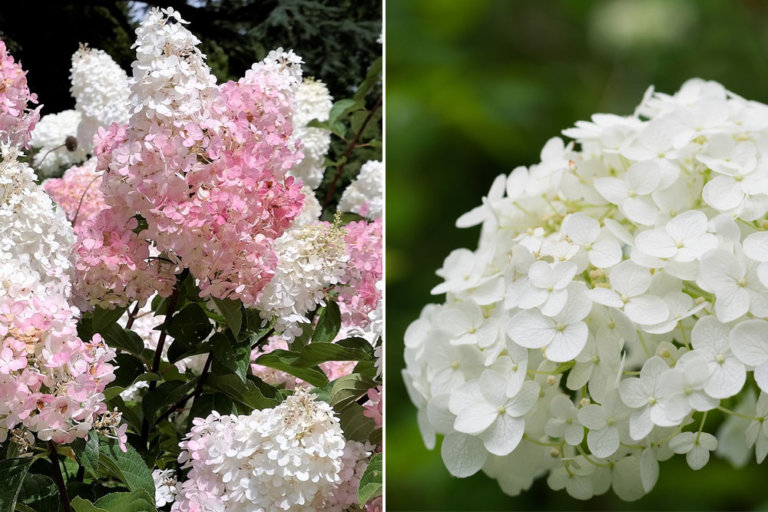 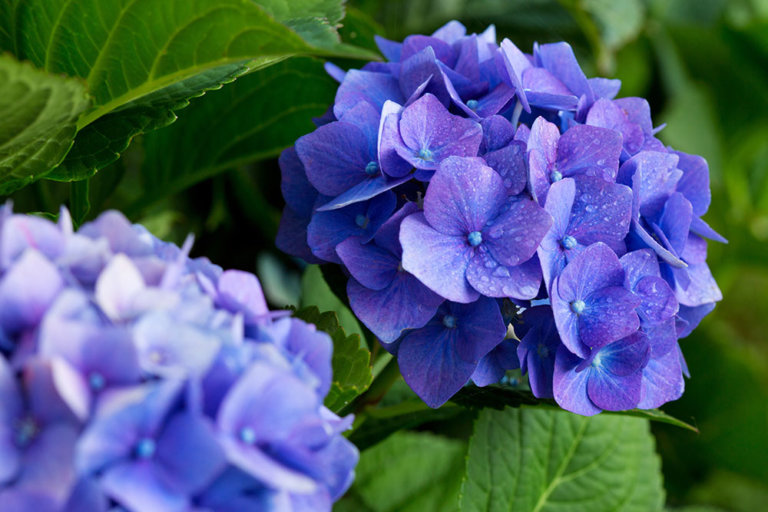 These 5 tips will help ensure your new landscape not only looks fabulous all year, but also functions great. 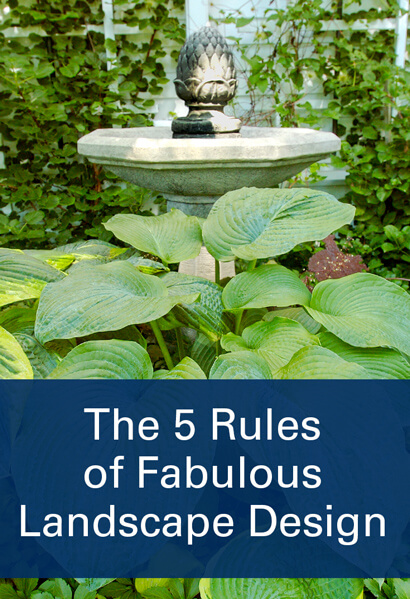 The 5 Rules of Fabulous Landscape Design
When Spring arrives, your garden can get off to a slow start – or you can greet the season with a burst of color. Want a landscape worthy of the season of rebirth? Here are some of our favorite Spring-flowering plants. 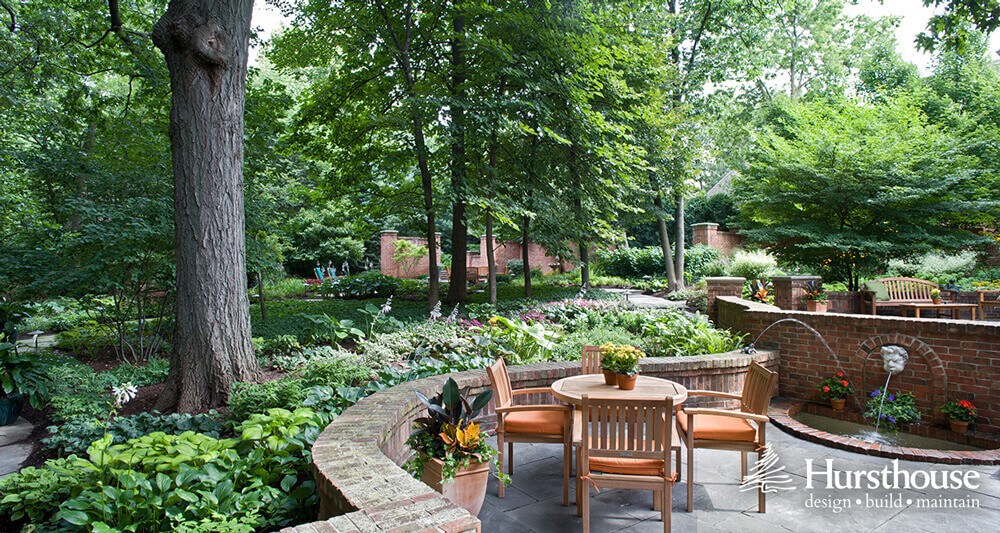 Spring at Last
Bob Hursthouse discusses how containers and planters can be incorporated into your landscape. 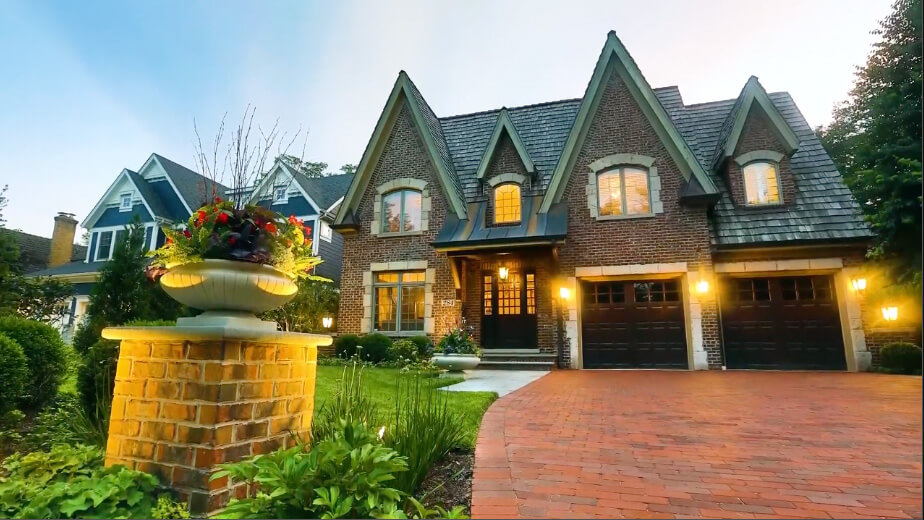