Most home landscapes in Chicago and the surrounding suburbs are on relatively flat surfaces. In this part of the Midwest, we typically don’t see steep rolling hills, but occasionally we come across projects that have slopes. It could be a drainage ditch with sloping sides. A house may be built on a lot that pitches several feet lower or higher in the back than at the street. The ground around a home’s foundation may slope down into a side yard.

“With the right planning, we can make the site work to an advantage,” Bob Hursthouse says. A drainage ditch in front of his home is a good example of turning lemons into lemonade.

He and his wife, Robbi, transformed a difficult-to-mow site into a colorful array of native plants and grasses that return year-after-year with minimal maintenance. The drifts of flowers attract a bevy of pollinators during the growing season. The dried seed heads and stalks are eye-catching in winter. But they do more than that. “The seeds also feed the birds,” Robbi says. “We have a lot of goldfinches as well as other birds in the winter. The prairie seems to attract more of them.”

From the high point on the front lawn, there’s a nine-foot drop to the ditch and then a four-foot rise up to the street. “The first time I mowed, it was fun,” Bob says. “The second time was exercise, and the third time was just plain work.” Erosion, standing water, and different types of soil layers throughout the ditch made for an interesting project.

Hard-packed, gravelly clay at the edge of the road stayed dry during summer while the bottom of the ditch often held standing water. The slope facing the road baked in the sun while the other half could be in shade. Very few plants are adapted to growing in all four conditions (wet, dry, sun, shade).

Five planting “zones” were developed using a variety of native plants that could work with the different soils, the excess moisture (or lack of it), and help stabilize the site with their deep roots. The design encompassed the drainage ditch and part of the sloping lawn, which would become a sweeping prairie planting.

The turf was treated with herbicide and left in place where it would decompose over time. Four inches of special compost was spread over the 6,000-square-foot space. An electric driller was used to make the planting holes, and in the process, mixed some compost into each hole. Next, hundreds of small plant “plugs” were put into place. (Good things come in small packages. The plugs typically hold about two inches of soil mix and a small plant—much smaller than what you would find at a local garden center. In a design like this, using the plugs is cost-effective and the plants can be spaced closer together, which results in more instant gratification.) The planting was completed in late June, 2016.

“Six weeks later, everything was up and blooming, and the following spring the plants quickly emerged to fill in the bare spots—it exceeded my wildest expectation,” Bob says. Today, the prairie garden slope is a magnet for pollinators and people.

Once the plant plugs were in place, Bob pulled out his Dutch hoe and pulled it through the soil to eliminate any weed seedlings around the plants. “That took me about 15 minutes, three or four times a week.” Last summer, he spent only 15 to 30 minutes a week removing weeds.

As the plants grew together and filled in the space, there was less room for weeds to take hold. In the spring, the plants are mowed down and the spent leaves and flowers are chopped up and left as mulch. That’s about as low-maintenance as it gets.

Although he could have simply massed low-growing shrubs as a ground cover along the slope, Bob wanted a design that acknowledged the informality of the site, which includes several ancient oak trees. Little and big bluestem and prairie dropseed grasses add texture to the newly designed slope. Large outcropping stones were installed as a stairway into the ditch and up to the mailbox. The stones and the deep roots of prairie plants help stem soil erosion.

Inside the lawn-turned-prairie is an inviting space that holds Adirondack chairs. The granite gravel circle is a destination for reading, relaxing or simply watching all the action. “We love the milkweeds and have a cloud of butterflies overhead during summer.”

Bob and Robbi’s front porch looks out onto the prairie garden. “We always had bluebirds around and put up bluebird houses, but they weren’t using them,” Robbi says. “Once we put in the prairie, they started nesting.”

Although the plants look like they’ve could have just popped up on their own, the slope is a carefully designed landscape that allows the plants to flow together. A drift of prairie dropseed with its fine-textured foliage contrasts with the spiky flower stalks of beardtongue, which is a magnet for hummingbirds. Several species of coneflowers bloom from summer into fall when the seeds attract goldfinches.

“I really like the wildlife that is in the garden now—besides the bluebirds and the goldfinches we have monarch butterflies galore,” Robbi says. “We put lawn chairs by the driveway last summer just to watch the butterflies floating over our heads back and forth. It was better than t.v.”

It’s no surprise that some of her favorite plants are the butterfly weed (Asclepias tuberosa) with its bright orange flowers and the smaller black-eyed Susans. Both plants attract scores of butterflies such as swallowtails, monarchs, skippers and others. Leadplant, prairie coreopsis, bee balm and purple prairie clover add drifts of color with their purple, violet, pink and yellow flowers.

“It’s a landscape and it’s intentionally designed—the curves, the steps, the seating area—all work together. And, it changes every week,” Bob says. “There are things in bloom from April through November. We’re looking forward to watching it come to life again this spring.” 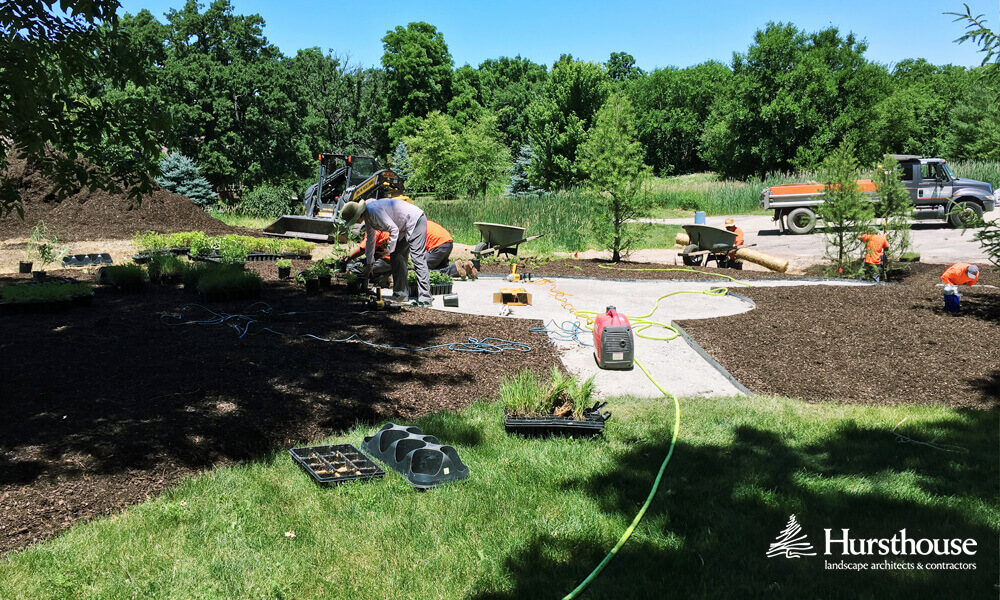 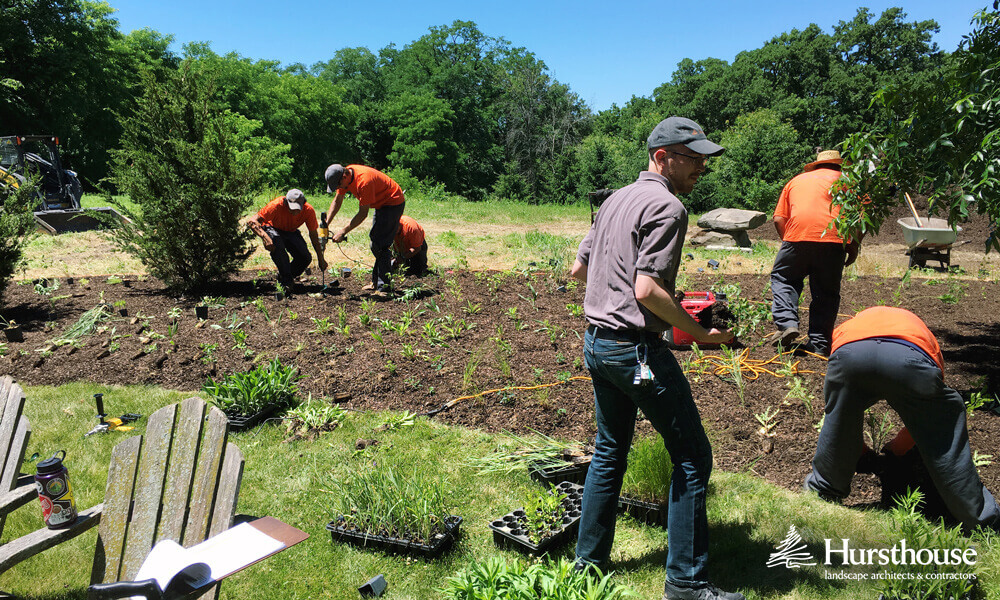 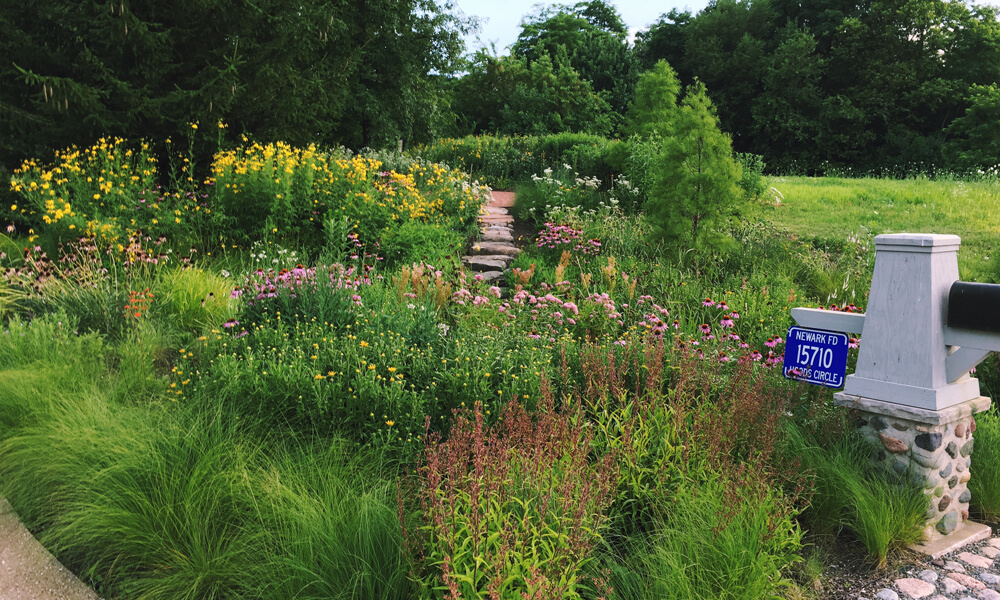 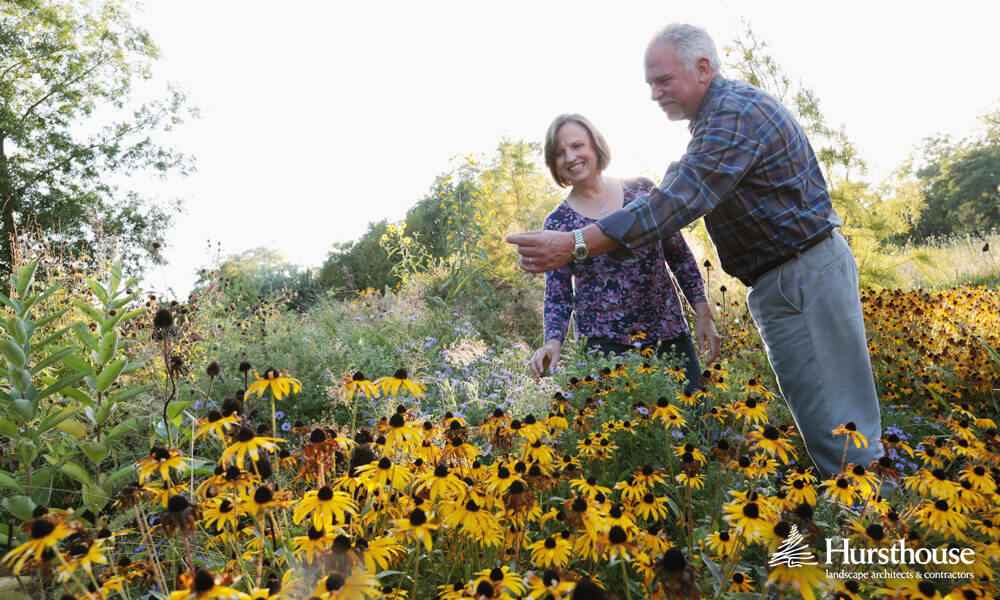 Ruby-throated hummingbirds cause us to stop in our tracks. Fascinating to watch. Even more fun when they belly up to the feeders. 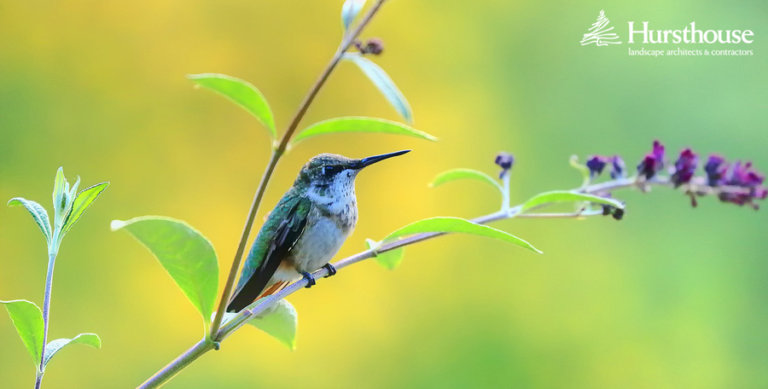 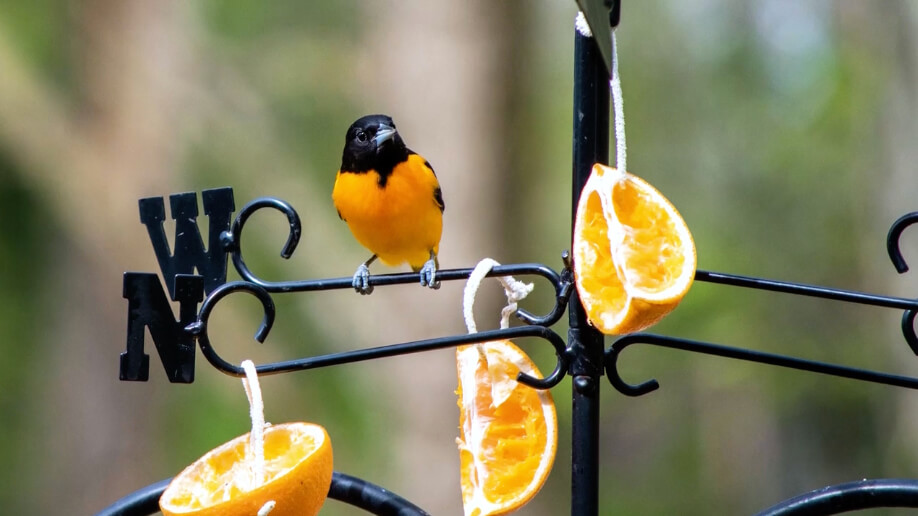 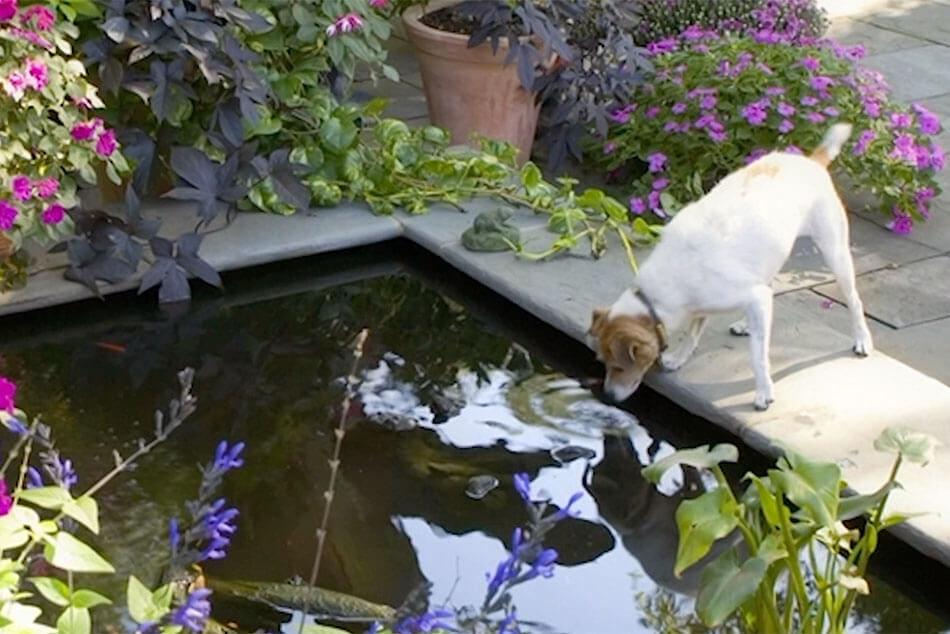